Everything You Need to Know About Hyperpigmentation 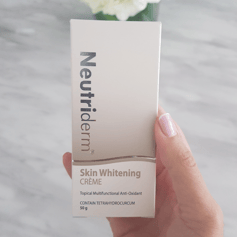 Do you find your skin appearing darker or uneven as you age? Did you know that hyperpigmentation can add years to your appearance? Eek! But don’t be alarmed, there are creams designed to help regulate your skin tone woes and restore your skin to its true age. Phew!

But first, let’s explore the condition itself to understand the causes and most common forms of hyperpigmentation and how we can control them.

Hyperpigmentation is the direct effect of increased melanin production – the pigment that gives skin its colour. Melanin appears due to the over production of melanocyte skin cells, which occurs for a number of reasons including sun exposure, trauma to the skin including acne scarring, as well as medications.

Hyperpigmentation may appear on the skin in the form of darkened areas of both the face and body. When it comes to sun exposure, many women notice sunspots as they age. Sunspots are a common form of hyperpigmentation which appear as darkened circles on the face, chest and hands, and are known for ageing the appearance of the skin dramatically.

Melasma is a form of hyperpigmentation which is triggered further by hormonal changes in the body’s cellular makeup. This can be caused by contraceptives, medications, as well as naturally occurring hormonal changes during pregnancy, nursing, and menopause.

Melasma will commonly appear on the areas of the skin which have been exposed to the sun, such as bridge of the forehead, nose, cheeks, and chest, and can appear in obscure shapes and sizes and depths of colour.

When the skin is compromised by hormones and stress, UV rays can trigger melanocytes to increase and produce darkened patches on the skin in the form of melasma. When this occurs for women who are expecting, we refer to this as the "mask of pregnancy".

Pigmentation-related skin conditions can be minimised with adequate sun protection. It’s important to wear a broad-spectrum sunscreen, even in winter, and this includes areas such as your hands to avoid those age-telling sunspots.

If you are on the contraceptive pill, pregnant, nursing, or experiencing hormonal changes, covering up when in the sun is vital as this is the time when your skin will be the most vulnerable to an increase in melanocyte production and hyperpigmentation and melasma.

Skin Whitening Creams have been known to even skin tone and tackle the appearance of hyperpigmentation and melasma effectively. However, the market is crowded with products that promise to whiten the skin. Some of these products work, but many fail in their promises. It's also important to mention that some popular whitening ingredients have been deemed unsafe for ongoing use, such as Hydroquinone.

Neutriderm Skin Whitening Crème contains effective Tyrosinase inhibitors including tetrahydrocurcumin, tetrahydropiperine, and glycerine which have been delivered in a cream for effective daily use on areas of hyperpigmentation. 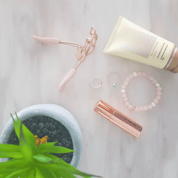 Neutriderm Skin Whitening Crème is a natural topical Tyronsinase inhibitor and potent antioxidant cream which has been expertly formulated to regulate the appearance of pigmentation in as little as two weeks.